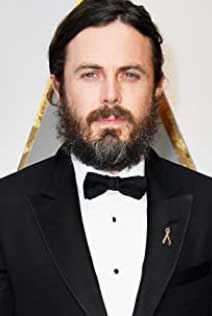 Oscar-winner Casey Affleck is set to join Laurence Fishburne, David Morrissey, Tomer Capone and Emily Beecham in the sci-fi thriller "Slingshot" which is about to begin shooting in Budapest, Hungary from December 1st.

Mikael Håfström is attached to direct the movie, which turns on an astronaut struggling to maintain his grip on reality aboard a possibly fatally compromised mission to Saturn’s moon, Titan. The screenplay is written by R. Scott Adams and Nathan Parker and The film is being produced by Richard Saperstein’s Bluestone Entertainment.

"'Slingshot' is a wonderful match of filmmaker and material," said Saperstein of the project. "I thought of Mikael the moment I first read the script. I am thrilled to embark on this production together in Hungary with our partners at Széchenyi Funds, and an incredible cast and crew."

Håfström added: "After several years of preparation, it is exciting to take off with this highly talented cast. I am looking forward to the challenge of working within the contained environment of the spaceship. The script carves out some excellent characters and, as the story unfolds, some shocking secrets come to light."

Affleck won the best actor Oscar for Manchester By The Sea and earned a nod for The Assassination Of Jesse James By The Coward Robert Ford. His credits include Gone, Baby Gone, Out Of The Furnace, Ain’t Them Body Saints and A Ghost Story

Fishburne starred in the first three films in The Matrix franchise and the John Wick franchise, Mystic River and Man Of Steel. His upcoming features include John Wick: Chapter 4 and Paul Feig’s The School For Good And Evil.