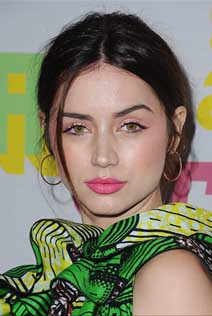 The studio did not give a reason for the move on the pic, which is the first movie from the Indecent Proposal and Fatal Attraction director in almost two decades and is based on the Patricia Highsmith novel.

Affleck and de Armas star as Vic and Melinda Van Allen, a married couple whose mind games with each other take a twisted turn when people around them start turning up dead. The couple staves off divorce in a loveless marriage by allowing each to take lovers, but it becomes messy as Highsmith exposed the surface façade of American suburban life.

Deep Water is the now second Ana de Armas movie to find itself awaiting a new release date, with the No Time to Die star’s Marilyn Monroe biopic Blonde from Andrew Dominik (The Assassination of Jesse James by the Coward Robert Ford) also pulled from release this year by Netflix to avoid a crowded awards season.

As yet, there’s no word on 20th Century’s plans for Deep Water, but don’t be surprised to see it heading to a streaming platform near you soon.