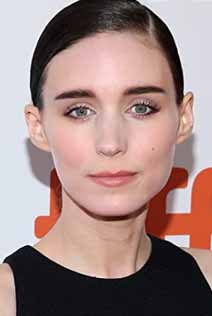 Rooney Mara will star in and produce a biopic of iconic actress Audrey Hepburn for Apple Studios.

The untitled Audrey Hepburn biopic will be written by Michael Mitnick. It will be produced by Mara and Apple Studios. This marks the latest high-profile project being developed under Apple following their acquisitions on the Brad Pitt-led Formula One racing film, and Jon Watts-directed action thriller film starring Pitt and George Clooney.

Hepburn was best known for acclaimed performances in iconic films such as Breakfast at Tiffany’s, My Fair Lady, Funny Face, and Roman Holiday. The latter earned her an Oscar for Best Actress in 1953. She was also known for her influential and timeless style which further cemented her status as a pop culture icon.

Rooney Mara most recently finished working on Sarah Polley's latest, Women Talking, which doesn't yet have a release date.