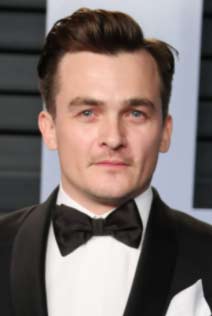 Rupert Friend and Richard Ayoade are the latest additions to join the all-star cast of Netflix's adaptation of Roald Dahl’s The Wonderful Story of Henry Sugar, which Wes Anderson is writing and directing. Friend and Ayoade join the previously announced Benedict Cumberbatch, Dev Patel, Ralph Fiennes and Ben Kingsley.

Anderson, who wrote the script and is directing, has divided the adaptation into three chapters, with Cumberbatch serving as a connective thread through each one. He will play multiple roles, including the titular Sugar.

The original book is a collection of seven short stories, but it’s not known whether Anderson will helm all the stories as an omnibus film or focus on the title story.

Published in 1982, the book featured both fiction and nonfiction stories. The title tale is centered on Henry Sugar, a man who steals a book that shows him how to see through objects and predict the future. This sparks a series of misadventures that involve evading Mafia henchmen, working with a Hollywood makeup artist to craft new identities, and setting up orphanages around the world.

The news arises from Netflix’s September acquisition of the Roald Dahl catalog, from which the streamer will develop a slate of new projects based on the beloved author’s properties, from animated and live-action films to immersive experiences and more. Netflix is already at work with Taika Waititi and Phil Johnston on a series based on Charlie and the Chocolate Factory as well as a new Matilda musical. The musical is set to star newcomer Alisha Weir in the title role, plus Emma Thompson as Miss Trunchbull, Lasha Lynch as Miss Honey, Stephen Graham and Andrea Riseborough as Matilda’s parents, and Sindhu Vee as Mrs. Phelps, the librarian.