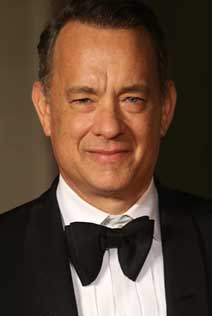 Marc Forster has signed on to direct the film, "A Man Called Ove", based on the best-selling novel of the same name. The feature is expected to star Tom Hanks as the title character, a curmudgeonly older man who finds himself warming up to his new neighbors and their young kids.

"When I first read Fredrik Backman's novel, I fell in love with the notion that friendship has the power to shape a person’s life," said Forster. "I can't wait to create a film with so much humor and heart alongside Tom and Rita."

Oscar nominee David Magee (Life Of Pi, Finding Neverland) is penning the script and filming is due to begin this year. Gary Goetzman, Fredrik Wikström Nicastro and Rita Wilson are also producing.

Forster is probably best known for his film work on projects such as Monster’s Ball, Kite Runner, Finding Neverland, and World War Z. His most recent film is 2018’s Christopher Robin. Forster is also putting the finishing touches on the upcoming feature, White Bird: A Wonder Story.