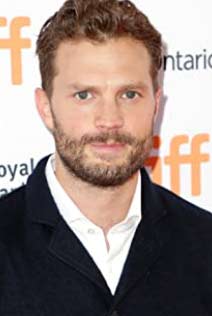 Jamie Dornan will star alongside Gal Gadot in the Netflix and Skydance Media spy thriller Heart of Stone.

Directed by Tom Harper from a script by Greg Rucka and Allison Schroeder, plot details surrounding the story are being kept under wraps.

Coming off the success of Kenneth Branagh's awards-friendly drama "Belfast", Irish actor Jamie Dornan is taking a step forward towards bigger studio projects and will now dip his toes in the spy genre for Netflix.

Gadot has been attached since last year to the film co-produced by Netflix and Skydance. The plot is being kept in a safe somewhere, but the hope apparently is for a female-led take on Mission: Impossible.

Gadot is busy as can be with "Death On The Nile" coming out soon (also helmed by Branagh) and a flurry of projects on the docket like two "Red Notice" sequels, a remake of To Catch A Thief, Wonder Woman 3 and Cleopatra.