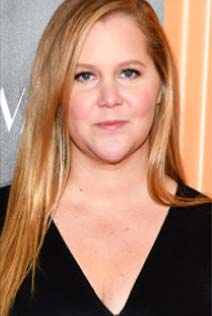 Amy Schumer, Regina Hall and Wanda Sykes will host the 94th Academy Awards this year. The trio of female comedic actors, who are expected to be formally announced on Good Morning America on Tuesday, will be the struggling show’s first hosts since 2018.

It has been 35 years since as many as three people hosted Hollywood’s biggest night, and never have that many women held the emcee position in a single evening.

Three hosts is quite different from the past three years of ceremonies, when there was no host at all. The most recent host was Jimmy Kimmel in 2018. Other recent emcees include Chris Rock in 2016, Neil Patrick Harris in 2015 and Ellen DeGeneres in 2014, when she created the infamous selfie from the ceremony that was the most retweeted photo in history until 2017.

Each has a wide range of awards shows or ceremonies. Schumer hosted the 2015 MTV Movie Awards while Sykes was the primary speaker at the 2009 White House Correspondents Dinner. Hall has hosted the 2019 BET Awards, among other events.

Will Packer has been saddled with bringing excitement and eyeballs back to the Oscars, which has seen its viewership dwindle in recent years. The idea is that Schumer, Hall, and Sykes will have broad appeal in addition to keeping the laughs coming throughout the celebration.

The 94th Academy Awards will take place on March 27 at the Dolby Theater in Hollywood and will be broadcast on ABC.