Michael Keaton And Winona Ryder Reportedly Back For Beetlejuice Sequel. 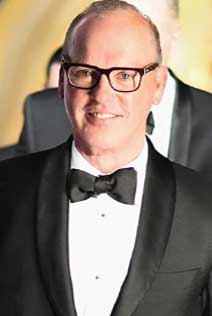 Michael Keaton and Winona Ryder are expected to reprise their roles in a new Beetlejuice movie produced by Brad Pitt's Plan B.

The sequel remains in early development, with the script yet to be written. No other attachments have been disclosed at this time.

The original Beetlejuice was directed by Burton in 1988 and has become a cult favorite.

The 1988 film centers around Adam and Barbara Maitland, played by Alec Baldwin and Geena Davis. A married couple who dies and has to learn to situate themselves as ghosts in their secluded house in Winter River, Connecticut. When a new family, the Deetzes - Charles (Jeffrey Jones), Delia (Catherine O'Hara), and their daughter Lydia (Ryder) - moves in against the Maitlands' wishes, they reluctantly hire a loud, boisterous, self-proclaimed "freelance bio-exorcist" who goes by the name Beetlejuice (Keaton) to get rid of the newcomers, and things quickly get out of hand.

The film that Warren Skaaren adapted from a story by Michael McDowell and Larry Wilson grossed nearly $75M worldwide upon its 1988 Warner Bros release and won an Oscar in 1989 for Best Makeup, while securing two BAFTA Award noms and other accolades