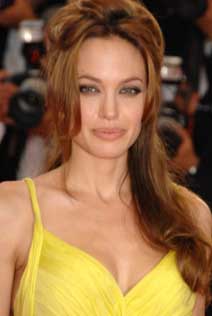 Angelina Jolie has signed a three-year deal with Fremantle to develop a slate of projects she will produce, direct and/or star in.

Under the agreement, effective immediately, Jolie and Fremantle will jointly develop a "sophisticated, powerful, and internationally focused slate of feature films, documentaries, and original series in which she will produce, direct, and/or star - based on each individual project," Fremantle said in a statement.

First up under the deal is "Without Blood", which Jolie will direct and produce this May in Italy. Jolie adapted the script from the bestselling novel by Alessandro Baricco, a fable about war, revenge, memory, and healing.

Jolie said the "freedom to tell important stories and bring them to a global audience" is at the heart of her three-year deal.

"I am excited to be working with such a passionate and forward-looking team that has an international perspective." she added.

Further projects will be announced at a later date.