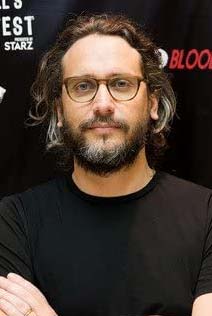 "Don't Breathe" and "Evil Dead" director Fede Alvarez has been set to write and direct a new and original stand-alone "Alien" feature for 20th Century Studios.

Ridley Scott, who directed 1979's "Alien", will produce the next installment in the franchise. The untitled movie is being made for Hulu as part of 20th Century Studios’ plan to make at least 10 movies for the streamer.

The original "Alien" follows the crew of a spacecraft who soon come into contact with a bloodthirsty extraterrestrial. The science fiction horror film starred Tom Skerritt, Sigourney Weaver, Veronica Cartwright, Harry Dean Stanton, John Hurt, Ian Holm and Yaphet Kotto. Its major box office success spurred sequels and spinoffs, including Aliens (1986), Alien 3 (1992) and Alien Resurrection (1997), as well as the Alien vs. Predator crossover films and Prometheus prequels. However, Alvarez’s project is a new take on the franchise and will be disconnected from the narrative of the three Alien films.