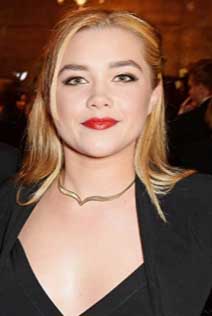 The Villeneuve-directed feature is to resume from where the first one left off, telling the rest of the story of Frank Herbert’s seminal 1965 novel of the same name, with Paul Atreides (Chalamet) fighting alongside the Fremen to free the desert planet of Arrakis from the grips of House Harkonnen.

Along with her Oscar nominated role in Little Women, Pugh has starred in many critically acclaimed films like Lady Macbeth, Fighting With My Family, Outlaw King, and Malevolent, and she has recently taken the MCU by storm as Yelena Belova in Black Widow and the Disney+ Hawkeye series. However, arguably her best role so far has been in the horror thriller Midsommar, which many genre fans are still traumatized over and thought she should have been nominated for her role in that film over Little Women, which came out the same year.

Other roles still to be cast include the Emperor and Feyd-Rautha, the cunning nephew of Baron Harkonnen, who was so memorably brought to the screen by Sting in the 1984 David Lynch adaptation.

Dune: Part 2 will be out on 20 October next year. Pugh is currently busy working on Christopher Nolan's Oppenheimer.