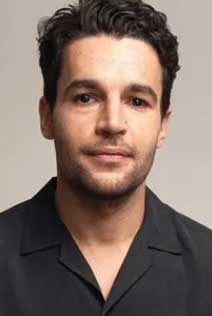 Christopher Abbott is set to join Sony Pictures and Marvel’s "Kraven the Hunter" film with unconfirmed reports indicating he’s up for the role of the movie’s primary villain 'The Foreigner'.

The Foreigner was a mercenary/assassin and exceptionally skilled martial artist who has been a Spider-Man villain as well. He joins a quickly swelling cast in the film that stars Aaron Taylor Johnson as the eponymous Russian big-game hunter character from Marvel comics lore.

One of Sony Pictures’ universe of Marvel characters, Kraven is among Marvel’s most iconic and notorious antiheroes. He has encountered Venom, Black Panther and many others as well as being one of Spider-Man’s best-known and most-formidable enemies.

Born into Russian aristocracy, Sergei Kravinoff a.k.a. Kraven the Hunter is an obsessive big-game hunter who was introduced as a Spider-Man villain in The Amazing Spider-Man #15 (1964), and created by Stan Lee and Steve Ditko. As seen in the original comics, Kravinoff began his career using the typical tools of the hunter but over time he developed a preference to take down large animals with his bare hands. After meeting a Voodoo witch doctor named Calypso, Kravinoff took an herbal potion that enhanced his physical powers and gives him the strength, speed and senses to match a jungle cat. The potion also extended his life, keeping his health and vitality for years to come.

The film will be released theatrically January 13.