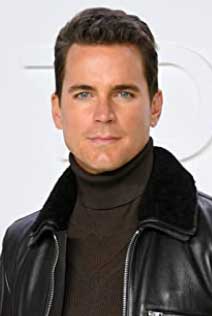 Actor Matt Bomer is in talks to join the cast of the upcoming Netflix Leonard Bernstein movie 'Maestro', which has Bradley Cooper directing and starring as the iconic composer.

Bradley Cooper co-wrote the script with Spotlight screenwriter Josh Singer, and will also executive produce the film. Martin Scorsese, Steven Spielberg, Kristie Macosko Krieger, Fred Berner, and Amy Durning are producing. In fact, Spielberg was, for many years, supposed to do a Bernstein biopic, but eventually, he handed over the project to Cooper. The actor-turned-director said the following about the transition during the aforementioned conversation:

"I told Spielberg, ‘I always felt like I could play a conductor, but may I research the material and see if I can write it and direct it? Would you let me do that?. Steven has a lot of interests - he’ll just choose one thing and all of the other things will be on hold. I think he knew he wasn’t going to make that movie for a while. He was kind enough to hand it off to me, and that’s what I’ve been doing for the last four and a half years, and we start shooting in May."

Maestro will span over 30 years, covering most aspects of Bernstein’s life. While he was married and had three children with his wife Felicia, after he passed away, she confessed that he was homosexual and had had multiple relationships with men. However, the film will mostly focus on his legendary career as a conductor.

Bomer has had a long career in television, but he may be finally making the jump to the big screen. He was a cast member in both Magic Mike films, and last year he played a role in Netflix’s The Boys in the Band.