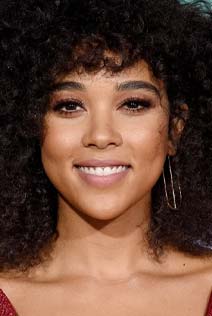 Little Women and Lady Bird's Gerwig is directing Barbie from a script she penned with her partner Noah Baumbach, who co-wrote 2004's The Life Aquatic with Steve Zissou and 2009's Fantastic Mr. Fox with Wes Anderson and is based on the popular Mattel toy.

Shipp has also been cast in a minor role in Scott Beck and Bryan Woods' "65", which stars two-time Oscar nominee Adam Driver. The new sci-fi thriller tells the story of an astronaut who crashes on a mysterious planet, only to discover he’s not alone.

Barbie is set for a 2023 release. In 2019, Robbie explained to Variety why a Barbie film is worth making in 2022, saying, "I think it's a great opportunity to put some positivity out in the world and a chance to be aspirational for younger kids."