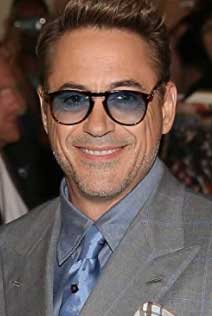 Two Sherlock Holmes spinoffs are in early development at HBO with two scripted series inspired by Conan Doyle’s books reportedly in the works.

Downey Jr. and his production company Team Downey are working with Warner Bros. Television to create two shows set in the "Sherlock Holmes" universe. Each show will focus on a new character that will be introduced in "Sherlock Holmes 3".

The project still appears to be in the early stages of development, with few plot details known. The fact that the streamer is working on not one but two Sherlock Holmes stories, though, indicates that this will be a TV universe of some sort. Lionel Wigram, who produced both of the Guy Ritchie-directed films in which Downey played the famed genius detective, is also slated to executive produce the new shows.

"Sherlock Holmes" proved to be a massive hit for Warner Bros., with the film grossing over $524 million worldwide against a reported budget of $90 million. A Game of Shadows went on to gross over $543 million worldwide two years later. The third film was originally intended to be released in December 2020, before it was pushed back to December 22, 2021. With that date now come and gone, the third film does not have a release date and is not currently in production.