Andy Serkis Is Working On An Animal Farm Adaptation. 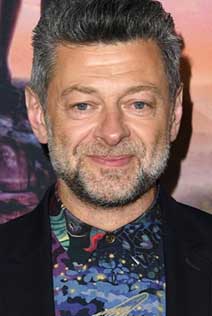 Serkis is directing the feature at animation and VFX studio Cinesite from a screenplay by Nick Stoller.

"The challenging journey to bring this extraordinary story to the screen has been finally rewarded by the opportunity to partner with the brilliant team at Aniventure and Cinesite," Serkis says. "Together we hope to make our version of Orwell’s ever relevant masterpiece, emotionally powerful, humorous, and relatable for all ages. A tale not only for our times, but for generations to come."

No word yet on when this'll see screens, but we're glad the director will finally get to go whole hog on the movie.

Serkis plans to use CGI characters and motion capture to bring the animals to life  a plan he’s had since as far back as 2013.

"What we're trying to do is fairly unique," he said. "It's going to be entirely performance captured, so rather than photographing real animals and showing them with talking mouths, it will all be generated by the interaction between the actors playing those roles the physicality and facial expressions of all the animals will come directly from actors’ performances."

The dystopian fable published in 1945 watches as a group of farm animals rebel against their human owner, in hopes of creating a society where they can be equal, free and happy. It was named by Time Magazine as one of the 100 best English-language novels between 1923 to 2005, and won Orwell a Restrospective Hugo Award. It’s previously been adapted for radio and the stage, with John Halas and Joy Batchelor mounting a film adaptation in 1954, and John Stephenson adapting it into a TNT TV movie in 1999.

Film Stories : Adventures of Tintin: The Secret of the Unicorn, The (2011)