Jodie Comer to Star in Post-Apocalyptic Thriller 'The End We Start From'. 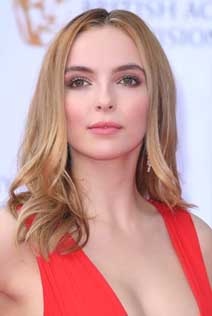 "Killing Eve" and "The Last Duel" star Jodie Comer has officially signed on for the leading role in the upcoming apocalyptic thriller drama titled The End We Start From, which hails from executive producer Benedict Cumberbatch.

Mahalia Belo will direct the film from a script by Alice Birch (Normal People, Succession) and adapted from the novel by Megan Hunter. Sébastien Raybaud’s production and financing banner Anton and SunnyMarch recently announced a development and production agreement for a slate of feature films, with Anton acquiring a minority share in SunnyMarch.

The End We Start From will be the first project under the agreement. BBC Film and Anton will finance the film, which is set around an environmental crisis leaving London submerged by flood waters, and a young family torn apart in the chaos.

As a woman and her newborn try and find their way home, the profound novelty of motherhood is brought into sharp focus in an intimate and poetic portrayal of family survival and hope.

Comer is best known for her acclaimed performance as Villanelle in BBC One’s thriller dramedy Killing Eve, which just wrapped up its fourth and final season. She will next be seen in HBO’s sex therapy series Big Swiss, which is produced by Adam McKay.