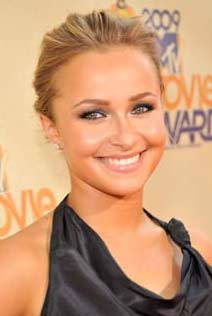 Hayden Panettiere is returning to the world of Scream. Panettiere, who was one of the stars of 2011’s Scream 4, has closed a deal to reprise her character in the latest installment of Spyglass Media and Paramount Pictures’ horror franchise.

Panettiere, of course, played Kirby Reed in the 2011 sequel, one of the teenagers in that movie who actually managed to escape the killing spree of Ghostface. She was badly wounded, but survived her encounter.

Panettiere joins the returning likes of Melissa Barrera (Sam Carpenter), Jasmin Savoy Brown (Mindy Meeks-Martin), Mason Gooding (Chad Meeks-Martin) and Jenna Ortega (Tara Carpenter), whose characters are moving out of Woodsboro to try and start the next chapter of their lives.

Unknown for now is whether Courteney Cox and Neve Campbell  who have been with the Scream franchise from the start and helped out the last time  will also be back.

Plot details for the new feature are being kept under the cloak, but the companies said the new feature "continues with the four survivors of the Ghostface killings as they leave Woodsboro behind and start a fresh chapter."

Panettiere had a breakout role as cheerleader Claire Bennett in NBC superhero series, Heroes. The latest Scream will mark her first on-screen appearance since wrapping a six season-starring stint on musical drama, Nashville, which ran from 2012 to 2018.