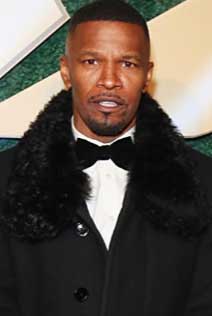 Jamie Foxx and Robert De Niro have been tapped to star in Tin Soldier, as part of a cast that also includes John Leguizamo (Encanto, John Wick) and Scott Eastwood. The film will be directed by Brad Furman (The Lincoln Lawyer, The Infiltrator) with a script co-penned by his frequent collaborator Jess Fuerst.

Foxx will be playing a character known as The Bokushi, a charismatic preacher who has amassed a following of hundreds of heavily armed veterans to defend his "impenetrable fortress." De Niro's Emmanuel Ashburn is the military operative charged with taking him down.

"I am honored to be a part of the team behind such an ambitious, important and deeply personal work in Tin Soldier," Furman said. "With awe-inspiring settings and set pieces built for the big screen, this is an original story about struggle, sacrifice and the power of love and acceptance. To collaborate with a cast of this caliber is beyond humbling. The individual inspiration they have brought to each role is like nothing I have seen before. This has been an exciting journey and my hope is the film is even more exciting for audiences around the world."