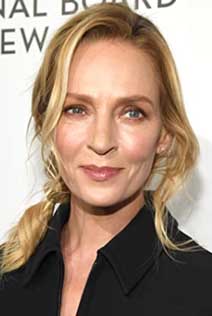 Uma Thurman and Henry Golding are set to join Charlize Theron in Netflix's "The Old Guard 2."

Victoria Mahoney is taking over the reins as director of the sequel, with Charlize Theron, KiKi Layne, Matthias Schoenaerts, Marwan Kenzari, Luca Marinelli, Veronica Ngo and Chiwetel Ejiofor all returning to reprise their roles from the 2020 Netflix movie.

Based on the graphic novel series by Greg Rucka and Leandro Fernandez, director Gina Prince-Bythewood‘s The Old Guard originally debuted on Netflix on July 10th, 2020. Greg Rucka, who wrote the original graphic novel, will once again provide the screenplay.

The story follows a covert team of immortal mercenaries who have to fight to keep their identity a secret when they find themselves exposed and an unexpected new member is discovered.

Following his breakout performances in ‘Crazy Rich Asians’, ‘A Simple Favor’ and ‘Last Christmas’, Golding entered the realm of high-octane movies with ‘Snake Eyes’ and ‘The Gentlemen’.

The actor will next be seen in the new adaptation of Jane Austens ‘Persuasion’, starring opposite Dakota Johnson.

Meanwhile, Thurman is a genre icon after starring as the Bride in the ‘Kill Bill’ franchise. The Oscar-nominee is also known for her performances in such classics as ‘Pulp Fiction’, and she was most recently seen in ‘Hollywood Stargirl’.