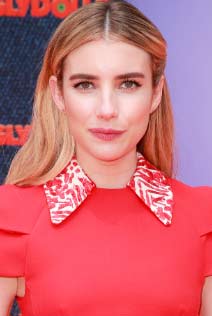 Emma Roberts has been cast in "Madame Web", the latest movie set in Sony’s Universe of Marvel Characters.

The "Madame Web" comics follow Cassandra Webb, a clairvoyant and precognitive mutant. Webb is an elderly woman with a neural muscular disease that forces her to be connected to a life support system that resembles a spider's web. In the film is an origin story about how Madame Web becomes a clairvoyant whose psychic abilities allow her to see within the spider world itself.

S.J. Clarkson, whose Marvel bonafides include "Jessica Jones" and "The Defenders", is directing "Madame Web". Matt Sazama and Burk Sharpless, who previously collaborated on Jared Leto’s vampire thriller "Morbius", will write the screenplay. The film is scheduled to release in theaters on July 7, 2023.

Roberts' last film role came in 2020's The Hunt and Holidate, although she is set to star in the upcoming film Abandoned. Roberts is best known for her time on the American Horror Story series, which saw her star in nearly every season of the series beginning with American Horror Story: Coven.