Cameron Diaz Is Coming Out of Retirement For Netflix's "Back in Action". 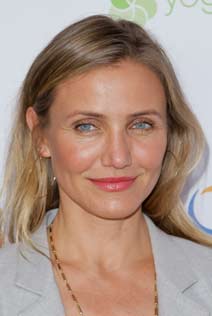 Cameron Diaz is leaving retirement and returning to the screen to star in the film "Back in Action" alongside Jamie Foxx. The Netflix action-comedy will be directed by "Horrible Bosses" director Seth Gordon.

Cameron's Annie co-star Jamie Foxx, who will also appear in the film, broke the news by leaking a phone call between him, the actress and Tom Brady. "Cameron I hope you aren't mad I recorded this, but no turning back now. Had to call in the GOAT to bring back another GOAT," Jamie tweeted June 29. "@CameronDiaz and I are BACK IN ACTIONour new movie with @NetflixFilm."

Diaz confirmed the news on her Instagram Story, writing, Jamie Foxx, only you could get me back in action!!! I can’t frickin wait it’s gonna be a blast!

Seth Gordon (Horrible Bosses) is directing the movie from a script he wrote with Brendan O’Brien (Neighbors). Plot details are being kept under wraps. According to Foxx, production is expected to begin later this year.

One of the most bankable stars in the late 1990s and early 2000s, Diaz shot to fame after making her film debut in 1994’s The Mask opposite Jim Carrey. She later starred in a string of successful romantic comedies, including My Best Friend’s Wedding, There’s Something About Mary, Charlie’s Angels and Shrek. She announced her retirement in 2018, which meant the role of Miss Hannigan in Annie marked Diaz’s final film performance. That is  until Foxx and Netflix came knocking.