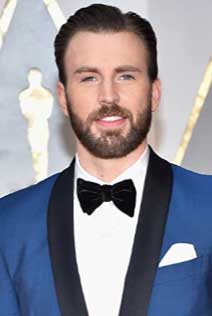 Chris Evans has joined the cast of Pain Hustlers, teaming up with Emily Blunt in the upcoming Netflix production. The package was the hottest sale at this year’s Cannes market, commanding a price tag in excess of $50 million.

The movie’s official logline reads: "Dreaming of a better life for her and her young daughter, Liza Drake (Blunt), a high-school dropout, lands a job with a failing pharmaceutical start-up in a yellowing strip mall in Central Florida. Liza’s charm, guts and drive catapult the company and her into the high life, where she soon finds herself at the center of a criminal conspiracy with deadly consequences."

Production is expected to begin in late August on the pic, with David Yates attached to direct the feature with the filmmaker describing the movie as something like The Wolf of Wall Street meets The Big Short. Wells Tower wrote the script.

Evans is reteaming with the Russo Brothers after his streak with them on the Avengers and Captain America Marvel movies as well as Netflix’s The Gray Man opposite Ryan Gosling. He recently wrapped production on the Dexter Fletcher-directed Ghosted for Apple.