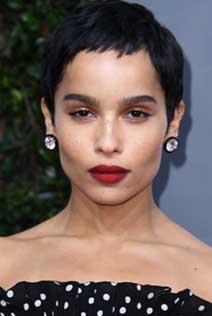 With a script penned by Kravitz and E.T. Feigenbaum, the film follows a Los Angeles cocktail waitress Frida (Ackie) as she makes her way into tech tycoon Slater King’s (Tatum) inner circle and private island fortress, where she finds that something sinister lurks beneath the luster. Rex will play Cody, Slater’s longtime friend and personal chef-slash-trainer.

Pussy Island is currently in production in Mexico. Bruce Cohen, Kravitz’s This Is Important and Tiffany Persons are producing the film, alongside Garret Levitz for Tatum’s Free Association. Jordan Harkins is executive producing along with RedRum’s Stacy Perskie.

Alia Shawkat starred for five seasons in the hit comedy series Search Party, which originally aired on TBS before moving to HBO Max for its final two seasons. She recently appeared in Aaron Sorkin’s film Being the Ricardos for Amazon Studios, and can currently be seen in the FX series The Old Man, opposite Jeff Bridges and John Lithgow.

Geena Davis won her first Oscar in 1989 for her turn in The Accidental Tourist, landing her second nom in 1992 for her performance opposite Susan Sarandon as Thelma & Louise‘s Thelma. The actress most recently appeared in the action-thriller Ava with Jessica Chastain and Colin Farrell.