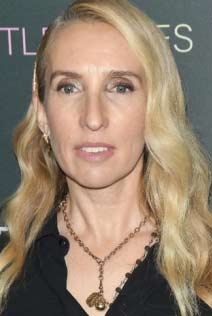 Fifty Shades of Grey director Sam Taylor-Johnson is set to bring an Amy Winehouse biopic to the screen after years of thwarted attempts.

The film, expected to be called Back to Black, will explore the rise and tragic death of the singer. The film is believed to be very much a passion project for Taylor-Johnson, who was a close friend of Winehouse’s.

Mitchell Winehouse, Amy's father, has reportedly signed off on the film. Its reported that the film is currently in its casting stages with Taylor-Johnson hoping to cast "a relative newcomer" in the lead role.

"Back to Black" has been written by Matt Greenhalgh, who previously collaborated with Taylor-Johnson on "Nowhere Boy" and also wrote "Control", the critically acclaimed biopic about the late Joy Division frontman Ian Curtis. Studiocanal is producing with Alison Owen and Debra Hayward alongside Tracey Seaward.

Amy Winehouse died of alcohol poisoning in 2011 at age 27. She released two highly-regarded studio albums, Frank and Back To Black. 2015 saw the release of Asif Kapadia's documentary Amy, which won an Academy Award for Best Documentary feature despite criticism from Mitchell Winehouse.

Back in 2018, Mitchell Winehouse denied suggestions that Lady Gaga might sign on to play the troubled singer. "I wouldn’t mind betting it would be an unknown, young, English - London, cockney - actress who looks a bit like Amy," he told British tabloid The Sun at the time.

"What we want is somebody to portray Amy in the way that she wasthe funny, brilliant, charming and horrible person that she was. There’s no point really me making the film because I’m her dad. But to get the right people to do it, that’s very important, and we will."