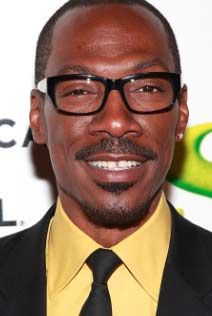 Eddie Murphy is set to star in and produce "Candy Cane Lane", a new holiday comedy for Prime Video.

Reginald Hudlin will direct the film. "Candy Cane Lane" is the first film as part of a three-picture deal that Murphy signed with Amazon in September 2021. The film is also a reunion between Murphy, Hudlin and the producing team after they worked together on Murphy's 1992 comedy "Boomerang".

"Candy Cane Lane" comes from a spec script written by Kelly Younger and is inspired by Younger’s childhood holiday experiences, though specific plot details are being kept under wraps. Production will begin this winter in Los Angeles.

Murphy is coming off an Emmy win for Outstanding Guest Actor in a Comedy series for his return in hosting Saturday Night Live, 35 years after he left the show to become one of the biggest movie stars in Hollywood, with 48 Hours, Beverly Hills Cop and Trading Places among his successes. Those were all theatrical releases but lately he has been thriving in the streaming world, drawing strong reviews for playing Rudy Ray Moore in Dolemite Is My Name for Netflix. He’s producing and starring in Beverly Hills Cop 4 and opposite Jonah Hill in the Kenya Barris-directed You People, both for Netflix.