Sarah Paulson to star in 'Dust' for Searchlight Pictures. 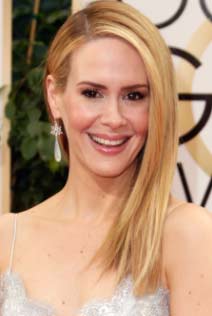 Sarah Paulson is set to star in Searchlight Pictures’ upcoming horror thriller Dust. Will Joines and Karrie Crouse are directing the movie, which was penned by Crouse.

Set in the 1930’s, Dust follows a woman (Paulson) who is trapped by increasingly perilous dust storms and is haunted by her past encounters with a threatening presence and takes extraordinary measures to protect her family.

"Sarah is an extraordinary artist and we are thrilled to be working with her again," said Searchlight Presidents David Greenbaum and Matthew Greenfield. For Searchlight, Paulson previously starred in Steve McQueen’s 12 Years a Slave, which received an Academy Award for Best Picture, and Sean Durkin’s Martha Marcy May Marlene.

Claire Foy was originally attached to the project when it was introduced to the virtual Cannes market in 2020. Searchlight announced it had acquired worldwide rights in October of that year.