Martin Scorsese and Leonardo DiCaprio to Reunite Again for The Wager. 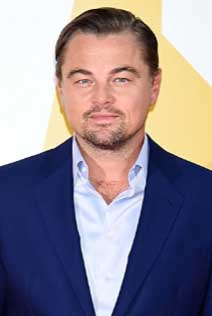 Leonardo DiCaprio and Martin Scorsese are teaming up once again, this time to tackle an adaptation of the upcoming David Grann nonfiction book, The Wager: A Tale of Shipwreck, Mutiny, and Murder.

"The Wager", which will be published next April, tells the story of the 1700’s British naval ship of the same name. During a secret mission to obtain a Spanish treasure-filled galleon, the crew ended up shipwrecked on a desolate island off the coast of Patagonia. Stranded and forced to survive against the elements, the crew descends into anarchy, and when they return to civilization end up on opposite sides of an intense court martial, with accusations of murder and treachery against several parties.

Grann also penned Killers of the Flower Moon, which Scorsese also adapted for an Apple Original film starring DiCaprio, slated for a 2023 release.

It’s not yet clear who will handle the screenplay adaptation for The Wager. But Dan Friedkin and Bradley Thomas will produce for Imperative Entertainment, along with Scorsese for Sikelia Productions and DiCaprio and Jennifer Davisson for Appian Way Productions, with Eden Productions’ Richard Plepler serving as EP.

Oscar winner Scorsese most recently released the acclaimed Netflix miniseries Pretend It’s a City centered on Fran Lebowitz and the Netflix crime drama The Irishman, which landed 10 Oscar nominations in 2020.