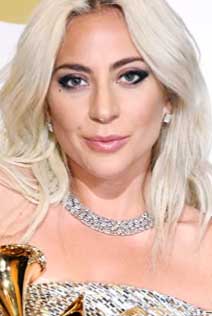 Lady Gaga confirmed her casting in "Joker 2" by posting a musical teaser to social media. The sequel, officially titled "Joker: Folie à Deux", will star Gaga opposite Joaquin Phoenix, returning to the role of Joker after winning the Oscar for best actor thanks to his performance in the 2019 first installment.

Joker 2 is set for an October 4, 2024, release, which is exactly five years after the original. Joaquin Phoenix will reprise his role as Arthur Fleck, while he’ll be joined by Gaga’s Harley Quinn. As the video teases, it will be a musical to some extent. Todd Phillips returns to direct the sequel to the 2019 DC hit.

Rumors have swirled that much of the follow-up takes place inside Arkham Asylum and involves musical elements. Shooting on the project will begin in December.

The first film became the first R-rated movie ever to gross $1 billion worldwide along with snagging twelve Oscar nominations. Phoenix won his first Oscar for his performance.

Lady Gaga first came to prominence as a musician, having sold millions of records worldwide. She's also had a successful acting career, having won a Golden Globe for her role in American Horror Story: Hotel. She also received an Academy Award for Best Original Song for her work on 2018's A Star Is Born. While Lady Gaga did receive an Academy Award nomination for Best Actress for her role in that film, the accolade instead went to Olivia Colman for The Favourite.