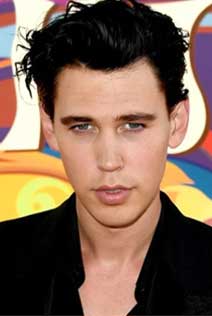 Austin Butler, Jodie Comer and Tom Hardy are set to star in the next film from "Midnight Special" and "Loving" director Jeff Nichols in a project called "The Bikeriders".

The fictional story inspired by the photography of Danny Lyon and his 1967 book is an original story set in the 1960s following the rise of a fictional Midwestern motorcycle club. Seen through the lives of its members, the club evolves over the course of a decade from a gathering place for local outsiders into a more sinister gang, threatening the original group’s unique way of life.

Butler can currently be seen as the King of Rock ‘n’ Roll in ‘Elvis,’ which already has grossed more than $230 million globally and put him in the early mix for awards consideration. He landed the coveted role of Feyd-Rautha in ‘Dune: Part 2’ and is shooting the sequel now. He also has the ‘Band of Brothers’ sequel ‘Masters of the Air’ coming out on Apple next year.

Jodie Comer is best known for her acclaimed role as Villanelle in the TV series "Killing Eve", which earned her a BAFTA award and an Emmy. Other prominent credits include last year’s Free Guy and "The Last Duel". She recently made her West End stage debut in the play "Prima Facie", which will transfer to Broadway next year.

Hardy is known for his performances in the Venom film franchise, Inception, Dunkirk and Mad Max: Fury Road. For his performance in the 2015 film The Revenant, he received an Oscar nomination for best supporting actor.