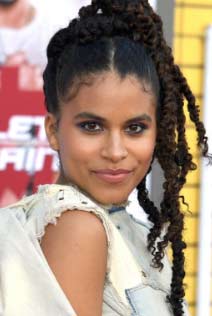 Zazie Beetz is in talks to reprise her role of Sophie Dumond in Todd Phillips’ Joker: Folie à Deux, a sequel to the 2019 hit, Joker. Joker: Folie à Deux is based on characters from DC Comics and will navigate Arthur Fleck’s journey as an anarchic villain after being committed to Arkham Asylum in the first film.

Beetz appeared in the original 2019 "Joker2 as Sophie Dumond, a single mother and the neighbor of Joaquin Phoenix’s Arthur Fleck. How Beetz could reprise her role is an open question: Although the film depicted Arthur entering into a romantic relationship with Sophie, it’s revealed that the majority of their scenes together were a delusion from Arthur’s imagination. The film left Sophie’s fate ambiguous, with Arthur leaving her apartment after realizing they weren’t truly in a relationship.

Joker: Folie à Deux will once again be directed by Todd Phillips. The film will feature the return of Joaquin Phoenix as he reprises his Oscar-winning role as the titular DC villain. He will be joined by Grammy-winning superstar Lady Gaga as Harley Quinn, making her the latest actress to portray the beloved DC character following Margot Robbie and Kaley Cuoco.

The film is targeting an October 4th 2024 release.