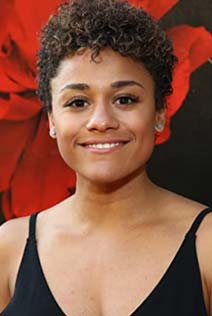 West Side Story Oscar winner Ariana DeBose will star in the Prime Video and Blumhouse Television psychological thriller House of Spoils, playing an ambitious chef who opens her first restaurant but has to contend with the powerful spirit of the estate’s previous owner who threatens to sabotage her at very turn.

DeBose will star in "House of Spoils" a new psychological thriller for Amazon Studios and Blumhouse Television, written and directed by "Blow the Man Down" filmmakers Bridget Savage Cole and Danielle Krudy, based on their original idea.

The film follows an ambitious chef (DeBose) who opens her first restaurant - a farm-to-table affair on a remote estate - where she battles kitchen chaos, a dubious investor and crushing self doubt. But the pressure heats up thanks to the powerful spirit of the estate’s previous owner who threatens to sabotage her at every turn. Described as a "tense, psychological and sensuous thriller that will leave hearts pounding and mouths watering," the film is set to start production this fall and will premiere on Prime Video in more than 240 countries and territories worldwide.

Filming is expected to begin this fall. A targeted premiere date hasn’t been set, but it was confirmed House of Spoils will premiere on Prime Video.