Katherine Waterston To Star Opposite Jodie Comer In Apocalyptic Thriller 'The End We Start From'. 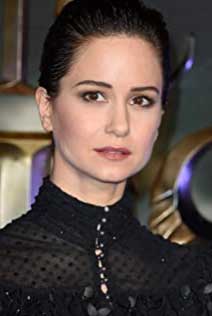 Katherine Waterston has been cast in the apocalyptic thriller The End We Start From from Benedict Cumberbatch's SunnyMarch. The project was seen as a hot package at the May Cannes event with production set to begin this month.

The End We Start From is set in London against the backdrop of an environmental crisis that sees the city covered in floodwaters. The situation will see the split of a young family, with a mother and her newborn trying to find a way home amidst all the carnage. Waterston will play the character currently referred to as 'O' and the actress is set to star alongside BAFTA and Primetime Emmy winning actress, Jodie Comer. Comer will portray the role of the mother caught in the midst of this chaotic situation.

Waterston recently starred in the Sean Penn and Tye Sheridan drama thriller Black Flies. She stars in Damien Chazelle’s upcoming Hollywood period epic Babylon, due out at year-end from Paramount, and on Season 2 of the HBO series Perry Mason. She recently reprised her role as Tina Goldstein in Fantastic Beasts: The Secrets of Dumbledore, which has grossed more than $405 million worldwide and sent the Harry Potter spinoff trilogy overall to $1.87 billion in box office.