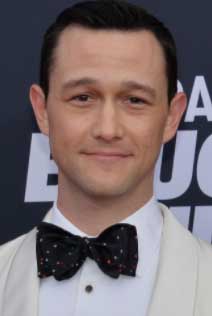 The newest installment in the Beverly Hills Cop franchise has added Joseph Gordon-Levitt and Zola's Taylour Paige to its cast.

The two are joining franchise regular Eddie Murphy, who will be reprising his role as Axel Foley, for the Netflix sequel, which will be called Beverly Hills Cop: Axel Foley. Production is already in full swing, with Mark Molloy directing and Jerry Bruckheimer and Chad Oman of Jerry Bruckheimer Films attached to produce.

This is one that has been developing for years now  a fourth Beverly Hills Cop has been mooted, scripted, turned into a failed TV pilot and more  but is finally shooting for Netflix.

Taylour Paige, who will appear in the upcoming Toxic Avenger reboot alongside Peter Dinklage, starred in the VH1 series Hit the Floor. She has also appeared in movies like Zola, Ma Rainey's Black Bottom, and Boogie. Paige was also recently seen in the comedy Sharp Stick.

Joseph Gordon-Levitt can be recognized for a number of roles dating back to his time as a former child star on 3rd Rock from the Sun. The prolific actor's more recent film credits include Knives Out, Project Power, and The Trial of the Chciago 7. He also provides the voice of Jiminy Cricket in the upcoming Pinocchio remake and recently appeared in the TV shows Mr. Corman, Wolfboy and the Everything Factory, and Super Pumped.