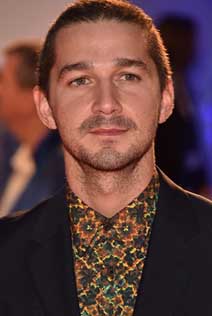 Francis Ford Coppola is rounding out the stacked cast of his upcoming big-budget independent feature "Megalopolis" with his sister Talia Shire, Grace Vanderwaal, Kathryn Hunter and James Remar and his nephew Jason Schwartzmann.

Details are being kept under wraps, but the film’s official logline reads: "The fate of Rome haunts a modern world unable to solve its own social problems in this epic story of political ambition, genius, and conflicted love."

Coppola revealed in late 2021 that he was almost ready to start shooting the movie, and having cited a Fall 2022 date, he seems to be still on track, even if he has to finance the entire film himself. Unlike a big franchise movie, or an adaptation of a bestselling novel, Megalopolis does not have the words Summer Blockbuster written all over it, and despite its massive cast of stars it would be hard to find a studio willing to take a $100 million gamble on such a movie in the current climate.

Talia Shire appeared in all three "Godfather" films as Connie Corleone, earning an Oscar nominee for her performance in "Part II." Fishburne is a frequent Coppola collaborator, having acted in five of his films starting with "Apocalypse Now." Voight starred in the director's 1997 legal drama "The Rainmaker."