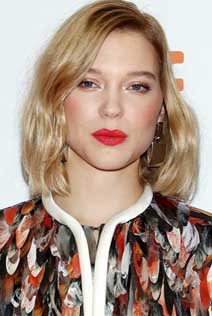 Léa Seydoux, who played Madeleine Swann in both Spectre and No Time to Die, has thrown fuel onto the fire amid speculation she may well return in the future Bond 26.

"After all I'm not dead," she teased to us during a Telluride encounter. "It was James who died, not Madeleine. So, who knows? Maybe I'll be back."

"This is like fake news, right? But if we're serious for a moment, Madeleine drives away with her daughter right at the end because James has saved them. There’ll be a new Bond because Daniel's Bond died but who’s to say that Madeleine won’t be back?"

Based on previous experience, it’s unlikely she’ll be returning to play Madeleine again, with the usual procedure upon a Bond recasting to start fresh, with fresh stories, new Bond girls, and new villains, with the usual exceptions of Q, Moneypenny, and M.

But the fact is not a lot will happen in the Bond universe until Barbara Broccoli, Michael G. Wilson and their casting director, decide on who will inherit the Bond mantle from Craig who played the role for fifteen years.

Seydoux acknowledged as much. "I haven't spoken to Barbara about whether or not Madeleine would make an appearance in a future Bond film, a lot has to happen before that stage is reached. This is just idle speculation as we talk on the top of a mountain," she said referring to our location in the Colorado Rockies.