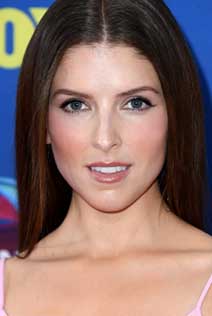 Anna Kendrick is set to make her directorial debut with The Dating Game, an upcoming thriller that recounts the stranger-than-fiction story of Cheryl Bradshaw and Rodney Alcala.

The film, from a Black List script by Ian McDonald, is described as the stranger-than-fiction story of Cheryl Bradshaw, a bachelorette candidate on hit ’70s TV matchmaking show The Dating Game who picked the funny and handsome Bachelor Number One, Rodney Alcala. But Bradshaw’s fairy-tale date takes a terrifying turn when the bachelor drops his charming façade to reveal the truth: Alcala is in fact a psychopathic serial killer.

"I've loved this script from the moment I read it. And while I was obviously thrilled to be playing the character of Cheryl, I felt so connected to the story, the tone and the themes around gender and intimacy, that when the opportunity came up to direct the film, I jumped at it," said Kendrick, "It feels meant to be."

Kendrick's portrayal of Jessica Stanley in the Twilight franchise is largely considered her breakout role. Kendrick's other film credits include Up in the Air, which her earned her multiple award nominations, Pitch Perfect, 50/50 and Into the Woods. In May, outlets reported that the actress would star alongside Blake Lively in a sequel to their 2018 film A Simple Favor.