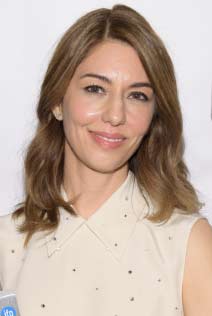 Sofia Coppola wrote and will direct the feature film "Priscilla" based on the memoir "Elvis and Me" by Priscilla Beaulieu Presley.

The movie will feature Cailee Spaeny as Priscilla with Jacob Elordi as Elvis. The announcement comes shortly after the hit success of the Baz Luhrmann movie Elvis which starred Austin Butler as the titular singer with Olivia DeJonge as Priscilla.

Insiders say Coppola had been eyeing this film for some time as her follow-up to On The Rocks and began putting the pieces together to the film off the ground by this fall. While she met with a number of actors for the Elvis role (with Elordi ultimately landing the highly coveted role), Spaeny has been her top choice from day 1 for the role of Priscilla.

Elvis and Me, which was written by Priscilla with Sandra Harmon, was published in 1985, and tells her side of her marriage to Elvis. While a lot of depictions of the singer, especially at the time, painted him in a favorable light, the biography gives a different picture. The book chronicles their journey from when the couple first met, when Priscilla was fourteen and Elvis was twenty-four, to their divorce. The book tells Priscilla’s side of their rocky relationship which was full of suspected affairs by both parties, Elvis’s drug abuse, and much more.