Sydney Sweeney to star in Barbarella reboot for Sony. 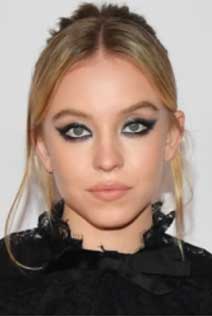 Sydney Sweeney is set to star in and executive produce a new Barbarella film for Sony Pictures.

Sweeney has partnered up with the studio for an all-new feature film adaptation. The reported plan is for Sweeney to take the lead role, though she will also be on board as an executive producer.

The film is currently in the early phase of development, with no director, producer or writer currently attached. Sweeney seemed to confirm her involvement with the project through an Instagram post.

The actress shared an image of original artwork from the original 1968 space opera, with a caption, "time to save the universe."

time to save the universe https://t.co/VPf5IkIZqB

Sweeney has become somewhat of a marquee talent at Sony Pictures, with the actress co-starring alongside Dakota Johnson in the Marvel Comics adaptation 'Madame Web'.


Beyond film projects, Sweeney’s star has risen through her acclaimed performances in the first season of HBO’s comedy series The White Lotus and the network’s Euphoria. This year, she earned Emmy nominations for her turns on both programs.

Adapted from French writer and illustrator Jean-Claude Forest’s comic series, the original 1968 Barbarella starred Jane Fonda as the eponymous space-traveling heroine. Although the film wasn’t a box office smash at the time, it has garnered a cult film status in the decades since, with Barbarella widely seen as one of Fonda’s most iconic on-screen roles.