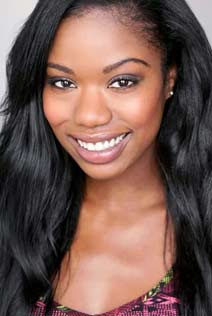 The highly-anticipated feature- set to release on May 3, 2024- will be directed by Julius Onah with "Falcon and the Winter Soldier" showrunner, Malcolm Spellman, penning the script with Dalan Musson.

Following the series of events that took place in the finale of "Falcon and the Winter Soldier", the upcoming film will see Mackie return as Sam Wilson, however, instead of reprising his alter-ego Falcon, he's been dubbed the new Captain America.

The role would mark one of the biggest jobs to date for Roquemore having most recently appearing in Warner Bros. Space Jam: A New Legacy starring LeBron James. Her other credits include Sherman’s Showcase, Black Monday and Atlanta.