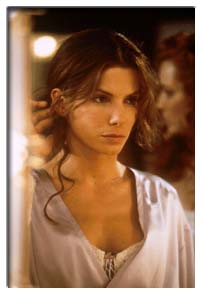 The producer of LETHAL WEAPON and the MATRIX, JOEL SILVER, has signed TODD ALCOTT to work on a script for the film. Alcott co-wrote the animated film ANTZ.

According to American publication VARIETY, Alcott has signed a six-figure deal to work on the script of the exploits of the world's first female superhero. The original 1970s American TV version of Wonder Woman was played by LINDA CARTER.