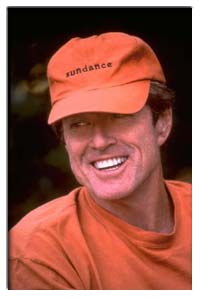 ROBERT REDFORD has laughed off reports of a sequel to Country and Western movie BUTCH CASSIDY AND THE SUNDANCE KID with PAUL NEWMAN - because the aged pair would need help getting on their horses!

The veteran actor, 63, who now concentrates on directing, famously teamed up Newman in the cult 1969 film - but whilst Redford admits public demand for a sequel would be immense, he dismisses any chance of it happening. He says, "It's a crazy idea. "People out there would love it I suppose but we'd both need help to get in the saddle!" (CPT/WNWCAN/KW)