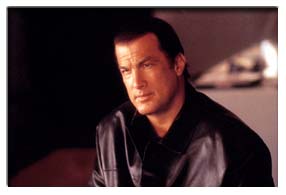 Seagal says, "Doing movies took up all of my time, but music has always been my first love." The album is expected to be released later this year (01). (RGS/WNWC/RP)