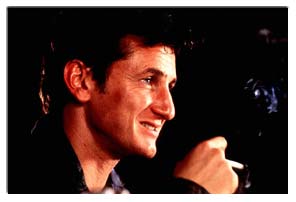 SEAN PENN is desperately short of cash despite his successful career as an actor and director. The DEAD MAN WALKING (1995) star and father of two is drawn to projects that don't pay much, and claims that what he does earn is sunk back into pet projects such as his latest directorial outing PLEDGE, THE (2001), which stars his wife ROBIN WRIGHTand JACK NICHOLSON. "I go broke all the time," he says. "I can't do what I've been doing - I keep doing projects and not getting paid for them." "I've made less money than anybody who does what I do. Meaning I think I do it pretty well and work pretty hard. Believe me, I'm not boasting when I say that - I'm smiling not to cry." (KAB/SOBS/KW)