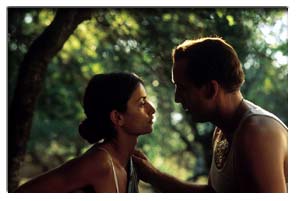 The popularity of the movie CAPTAIN CORELLI'S MANDOLIN (2001) has led to a massive surge of British holiday makers heading to the Greek islands.

The beautiful landscape that provided the backdrop to the film starring NICOLAS CAGE and Penélope CRUZ has convinced thousands of sun seekers to head there this summer.

Sales of package holidays to the area have gone up 12 per cent, with figures for the island of Cephalonia, where the film was shot, rocketing up by a staggering 60 per cent. (KAB/WNTSU/MCM)