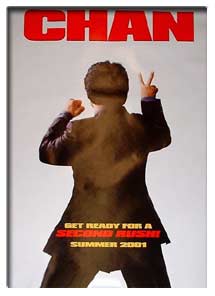 Despite having made two movies together RUSH HOUR co-stars JACKIE CHAN and CHRIS TUCKER still can't understand each other's accents.

The pair, who have recently completed filming RUSH HOUR 2 (2001), hadn't seen each other between filming the first and second movies, which added to American Tucker and Hong Kong-born Chan's problems with understanding each other.

But the film's producer, ART SARKISSIAN, feels the seemingly lacking compatibility worked wonders in making their on- screen characters seem more genuine. He explains, "It works in the movie because it really is how they are. They genuinely try very hard to get what the other is saying. " (RGS/LADN/RP)