Before Night Falls Sent Star Javier Back Into Therapy 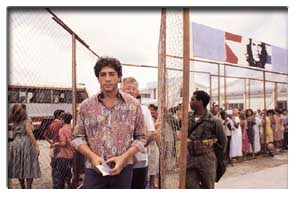 The Spanish hunk, who was OSCAR nominated for his acclaimed performance in the real life story about REINALDO ARENAS, a gay Cuban writer persecuted by FIDEL CASTRO, was convinced he'd just ruined his career when he first saw the movie.

Bardem recalls, "I was in New York and I had to call my therapist. I said, 'I ruined my f**king career. This is going to be a disaster. She said, 'It's three o'clock in the morning. ' I said, 'I'm sorry, but I'm really bad. I saw the movie and its's a disaster. '"

Bardem, who admits he began to think he may have a future as a plumber, says his opinion of the film eventually changed. He says, "Now I like it. I think we've done something good. Which is enough. " (LE/TO/RP)