Dracula 2001 Star In Line To Be Next Bond 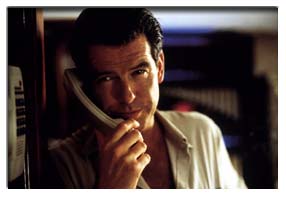 Scottish DRACULA 2001 (2000) actor GERARD BUTLER is being lined up to play the world's most famous secret agent - JAMES BOND.

Speaking on British television yesterday (22JUN01), the 31-year- old admitted that Bond producer BARBARA BROCCOLI wants him to take over when PIERCE BROSNAN gives up the role.

He said, "It's very flattering and I can't say much more than that. I was getting phone calls from Los Angeles saying that it had been announced on CNN that I had been named the new Bond. Since then I've had calls from Israel and South Africa. " (MCM/WNWCAN)