Travolta Cuts His Weight In Half 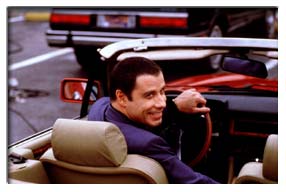 The GREASE (1978) actor didn't want to diet because he hated having to miss out on all the foods he loves.

So instead he decided he would allow himself to eat a little of the food he enjoys, but not everything that was on the plate. He says, "I've been exercising and cutting my portions in half It's easy to eat what you want, but just half. It worked and I can still eat cheeseburgers. " (SVD/PE/PDD)