Guiness Is The Drink Of The Stars 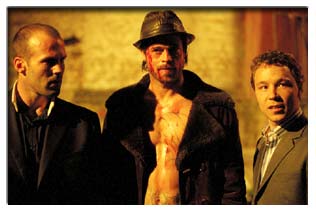 The legendary Irish brew GUINNESS is fast becoming the choice drink among Hollywood's elite - thanks to BRAD PITT and GEORGE CLOONEY. Brad fell for the black stuff while filming British movie SNATCH (1999).

And Guinness have now installed a gadget at his Hollywood home enabling him to serve cold pints on draught. O Brother, Where Art Thou? (2000) star Clooney has also been given a 'kegerator'.

A showbiz source says, "Everyone in Hollywood is mad about Guinness at the moment. Yet many didn't know what it was until Brad introduced them to it. " (ACW/WNTSU/KMW)